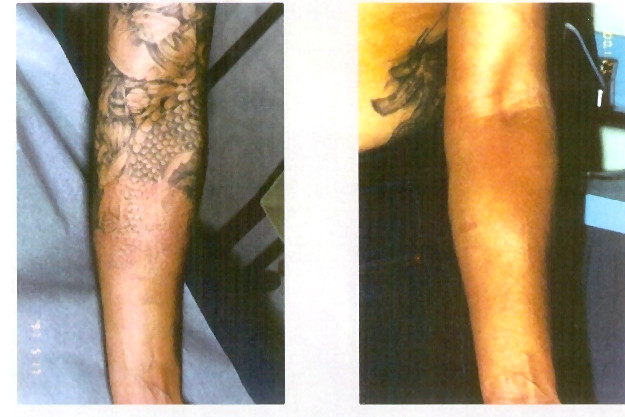 The MedLite® laser for Tattoo Removal Services at Crystallume Med Spa in Frederick, MD is the only Q-Switched laser emitting up to 4 wavelengths, while other Q-Switched lasers (ruby, alexandrite) produce only one wavelength. MedLite® offers the greatest number of wavelengths for more color removal (black, dark and sky blue, red, orange, green).

MedLite® laser Tattoo Removal is a reliable and powerful laser, and thus very effective. The MedLite® ensures physicians and patients they will get high quality results

The MedLite® laser tattoo removal is recognized as very safe. Tattoo Removal Services for any skin type, even dark skin, can be treated at Crystallume Med Spa in Frederick, MD.

The risk of scars or skin modifications is extremely rare with MedLite®. It is a true short pulse laser, unlike table top Q-Switched lasers, known as passive Q-Switched lasers. These lasers create too much heat which increases the chances of scars significantly.

Occasionally, there could be pinpoint bleeding associated with treatment. The post-treatment redness disappears in a few days.

The MedLite® laser for Tattoo Removal Services at Crystallume Med Spa in Frederick, MD emits light in very short pulses, which does not heat the skin. No skin cooling system is necessary, unlike the vast majority of long pulse lasers.

Actually, the felt sensation depends on the sensitivity of each individual. It also depends on the size, on the density, and on the location of the tattoo. This sensation feels like the snap of a small rubber band on the skin. The majority of patients do not require anesthesia. However anesthesia creams can be applied before the treatment, if needed.

Due to large spot sizes and high repetition rates (up to 10 pulses per second), MedLite® Laser Tattoo Removal Services at Crystallume Med Spa in Frederick, MD allows for quick treatment time even for large tattoos. 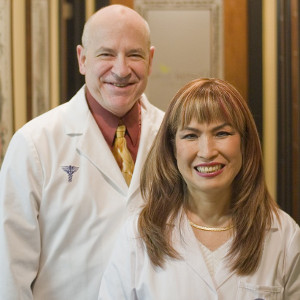 * Indicates that an office is located at this location